The Council was supporting a nationwide call from the Seafarers UK charity and the Merchant Navy Association for the UK Merchant Navy’s official flag to be flown on public buildings and landmark flagstaffs.

Provost Todd said: “Our Chief Executive Fiona Lees and I were pleased to support Merchant Navy Day which provides an opportunity to raise awareness about the real importance of our merchant shipping industry. Being an island nation, the vast majority of goods arriving or leaving from the UK do so by sea. We have always been a significant and successful maritime nation and it's important to recognise the work of our merchant fleet both now and in the future." 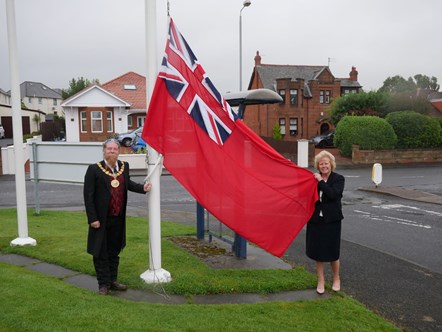