The couple was presented with a basket of flowers on behalf of East Ayrshire Council.  Deputy Lieutenant David Lacy presented the couple with a telegram from the Queen. 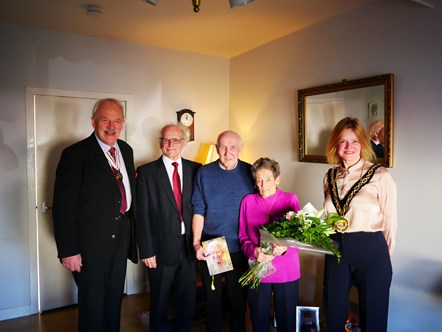