Nestling in a quiet churchyard in a small rural village in East Ayrshire lies an unexpected gem, little known locally, but renowned and revered by followers throughout the world.

The Hans Hamilton Tomb, in Dunlop Kirkyard is an extraordinary monument in itself, surviving as it does from 1641, with exquisite carvings and stonework. It is a memorial to the first Protestant minister of the Kirk, John (Hans) Hamilton who died in 1608 and his wife Janet.

Erected by James, 1st Viscount Claneboye, the eldest of their six sons, a founding member of the Protestant Church in Northern Ireland, who was chosen by King James VI and I to lead the plantation of Scots into Ulster, the tomb is of significance far beyond Dunlop. Now, thanks to grant funding from Historic Environment Scotland, East Ayrshire Council, Dunlop Kirk, the Ulster Scots Agency, Hamilton family sources and the Clan Hamilton Society in the United States, the tomb, which had suffered years of water ingress, has now been painstakingly restored to its former glory.

The tomb features a stone sarcophagus containing the remains of the Hamiltons. On top of the sarcophagus are two large marble statues of the couple kneeling in prayer, facing each other across a faldstool (or portable prayer desk), with an inscription on the wall above, marble side pillars and a Hamilton coat of arms carved in stone near the ceiling.

The marble monuments would originally have been painted in bright colours, as was the custom in the early 17th seventeenth century.  Because of its vivid painted statuary the Hamilton tomb was for many years known locally in Dunlop as “the Picture House”.  Although the marble has now faded to its natural grey-white, traces of the original colours are still visible, especially within the folds of the elaborate garments worn by Hans and Janet.

Next door to the mausoleum James also built a schoolhouse “Clandeboye Hall” for the children of Dunlop. It is still in use today as a parish hall. Both these simple stone 17th century buildings are listed Grade A by Historic Environment Scotland.

The tomb was recently visited by Frances Hamilton, a direct descendant of Hans Hamilton. His tireless work in campaigning for the restoration of the monument, working closely with the Kirk, Council, and Hamilton descendants all over the world to make sure it was preserved.

Councillor Jim Roberts, Cabinet Member for Economy and Infrastructure said: “It is testament to the dogged efforts of a few individuals, including Frances Hamilton, that we’ve seen this painstaking restoration come to fruition. David Mitchell from Dunlop Kirk spent over 20 years fundraising and campaigning, while Graciela Ainsworth who is a specialist in Sculpture Conservation has been involved since 1991 when the statues were removed to prevent them from further damage due to the leaking roof. It’s great to see them back in situ and keeping dry!

“The tomb is so interesting on many levels, as an example of 17th Century building and design, as a memorial to a much loved parish minister and also as a place of pilgrimage for Hamilton descendants and everyone with an interest in the history of the Scottish Plantations into Ulster and the origins of the Protestant religion there.

“For us in East Ayrshire it’s good to see such an important architectural gem preserved for future generations to understand and enjoy, and we hope that it will prove a draw for visitors from all over the world.”

Find out more about the tomb, Sir James Hamilton, 1st Viscount Claneboye, the Hamilton-Montgomery Settlement of eastern Ulster, and the Dawn of the Ulster Scots visit our webpage

Find out more about the Ulster Scots Agency 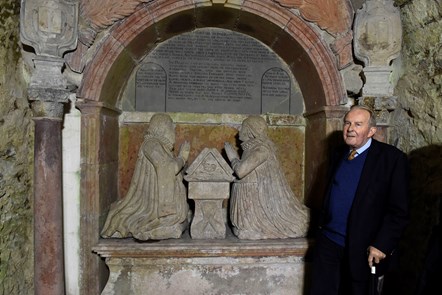 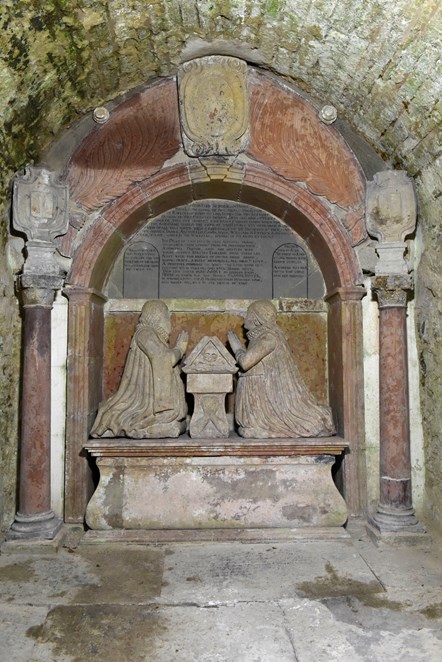