A local Proclamation ceremony took place on Sunday 11 September in East Ayrshire to formally announce the start of the new King’s reign following the death of Her Majesty Queen Elizabeth II.

King Charles III was formally proclaimed the new monarch on Saturday 10 September at the Accession Council which took place at St James’s Palace. Local proclamation ceremonies then took place the following day across the United Kingdom.

Members of the community including school pupils, Brownies, Guides, Police Scotland, the Scottish Fire & Rescue Service and community representatives all attended the Proclamation.

Provost Todd said: “It was an honour to be part of the Proclamation ceremony, a historic occasion during which we pledged our support and loyalty to the new King. I would like to extend my sympathies once again to Her Majesty’s family on behalf of the people of East Ayrshire and to wish them strength in the days ahead.”

Following the Proclamation, floral tributes to Her Majesty were laid by the Provost and elected members at Holehouse Memorial Garden in Kilmarnock and at Cumnock Town Hall.

Condolence books for Her Majesty are open at the Dick Institute, Cumnock Town Hall and on the mobile library vans and Digital Bus. An online book of condolence is also available at www.royal.uk

Anyone wishing to lay floral tributes can do so at Holehouse Memorial Garden (Holehouse Road, Kilmarnock) and outside Cumnock Town Hall.

Video of Proclamation available at: Proclamation of the Accession to the Throne of King Charles III - YouTube

Whereas it has pleased Almighty God to call to His Mercy our late Sovereign Lady Queen Elizabeth the Second of Blessed and Glorious Memory, by whose Decease the Crown of the United Kingdom of Great Britain and Northern Ireland is solely and rightfully come to The Prince Charles Philip Arthur George: We, therefore, the Lords Spiritual and Temporal of this Realm and Members of the House of Commons, together with other members of Her late Majesty’s Privy Council and representatives of the Realms and Territories, Aldermen and Citizens of London, and others, do now hereby with one voice and Consent of Tongue and Heart publish and proclaim that The Prince Charles Philip Arthur George is now, by the Death of our late Sovereign of Happy Memory, become our only lawful and rightful Liege Lord Charles the Third, by the Grace of God of the United Kingdom of Great Britain and Northern Ireland and of His other Realms and Territories, King, Head of the Commonwealth, Defender of the Faith, to whom we do acknowledge all Faith and Obedience with humble Affection; beseeching God by whom Kings and Queens do reign to bless His Majesty with long and happy Years to reign over us.

Given at St. James’s Palace this tenth day of September in the year of Our Lord two thousand and twenty-two.

God Save the King. 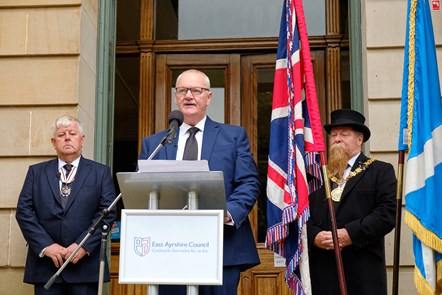 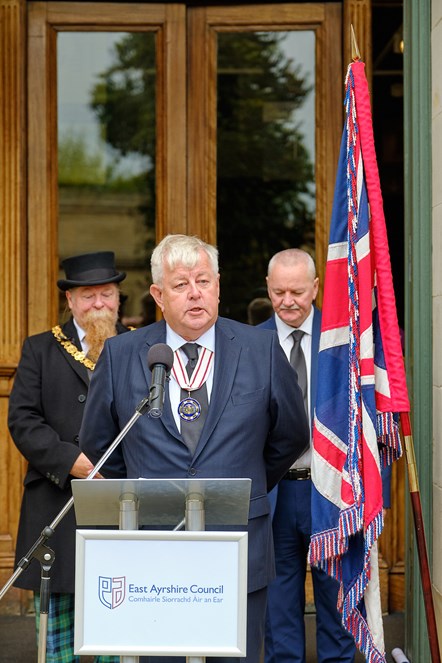 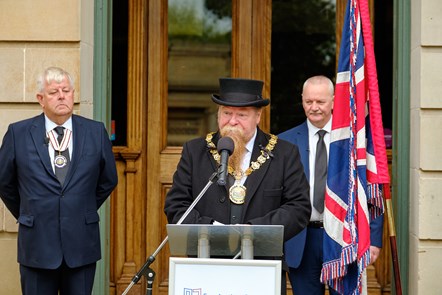 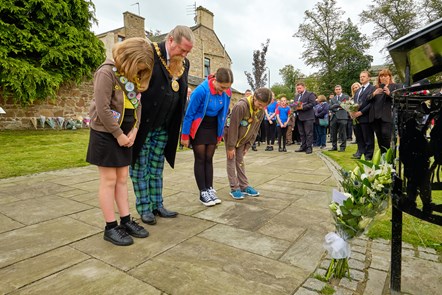 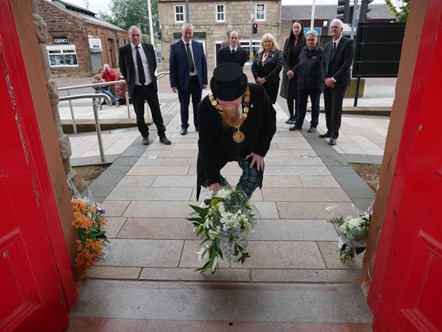