Provost Barry Douglas officially opened East Ayrshire Carers' Centre's new premises in Bank Street, Kilmarnock this week after their move from the Foregate where they've been for almost 25 years.

Councillor Douglas Reid, Leader of the Council, also joined carers and staff at the grand opening. The centre is looking forward to welcoming unpaid carers and is pleased to have its support groups up and running again. 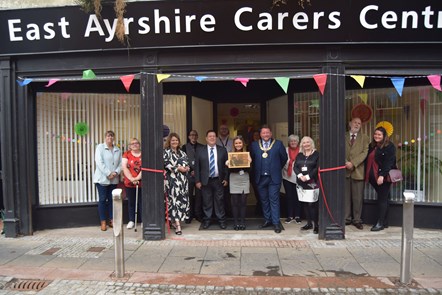