Robert the Bruce and the REAL Loudoun Hill

The Netflix premiere of the new Robert the Bruce movie Outlaw King has caused a flurry of interest in Loudoun Hill, the scene of Bruce’s epic victory over English forces,  and a site with many other significant historical and geographical connections.

What many fans may not realise is that the Loudoun Hill battle scenes were not actually filmed on site. Although the famous volcanic plug did feature in the movie, it was superimposed on Milngavie’s Mugdock Country Park using CGI. But the actual site of the battle, beside a former Roman Road, just off the A71 in East Ayrshire, is well worth a visit on many counts.

Since the dawn of time Loudoun Hill has played an important part in Scotland’s landscape and history. It is a volcanic plug, a prehistoric reminder of the very formation of the country, standing proud of the peaty moorland that saw the demise of the heavy horses of the English Cavalry at the battle as depicted in the Outlaw King.

But long before King Robert the Bruce, it was a strategic site, at the head of the Irvine valley. With the dawn of civilisation, it was home to an Iron Age fort and settlement, then, in the first century AD it was host to the Roman army, whose road passed the hill and who built a fort there, as one of their staging posts.

According to legend, and as described by the epic poet, Blind Harry, Loudoun Hill was also possibly the location of an ambush by Sir William Wallace on English troops during the Scottish Wars of Independence in 1296.  And in  1605 it was named as a witches'  meeting place in the trial of Patrick Lowrie. So by the time Robert the Bruce came along it was already an important site.

But the story doesn’t stop there. As a meeting place between Lanarkshire and Ayrshire it served as a meeting place for Covenanters, most notably on 1 June 1679, when John Graham of Claverhouse attempted to break up a conventicle (a religious meeting) which ended in the nearby battle of Drumclog, during which Claverhouse’s dragoons were humiliatingly defeated. This story was retold in Sir Walter Scott’s famous novel, “Old Mortality”.

“At the foot of the hill lie two abandoned farmsteads, evidence of the clearances which affected the lowlands just as much as the highlands and which are highlighted in Tom Devine’s book The Scottish Clearances.”

Fiona Nicolson, Tourism Development Officer for East Ayrshire Council said: “All in all, Loudoun Hill has found notoriety for historical, geographical and literary reasons across the centuries. But the story is not over yet. Today it’s famous for its art – the stunning steel Spirit of Scotland sculpture, a 5 meter high memorial to Sir William Wallace by Lanarkshire based artist Richard Price, which provides a perfect frame for the hill and is popular with photographers. It was installed at the foot of the hill in 2004.”

“And the hill is also popular with long distance walkers, cyclists and day trippers. It’s linked to an extensive network of paths in the area. It’s also an acclaimed climbing site, with challenging rock faces to test climbers of all abilities.

“And with the launch of Outlaw King comes a new chapter in its long and distinguished history. Loudoun Hill is now attracting film fans, keen to explore the real Loudoun Hill in its actual location. We’re looking forward to welcoming more visitors to East Ayrshire, and while they’re here we hope they’ll also take time to enjoy our fabulous hospitality from cafes and cosy pubs to top end restaurants, and take a look at what else we have to offer in East Ayrshire from visitor attractions, castles and museums to an abundance of outdoor activities. Though it’s a long time since he was at Loudoun Hill, it’s exciting to see how, in his own way, Robert the Bruce is still making an impact on tourism in this lovely part of Scotland.” 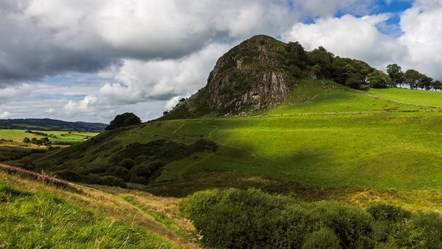 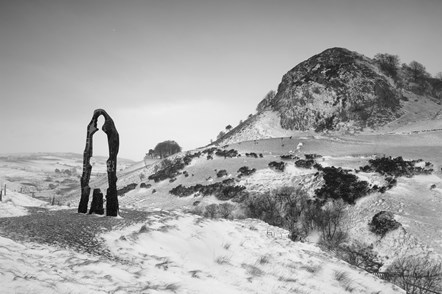 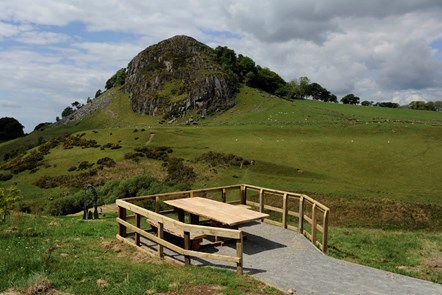 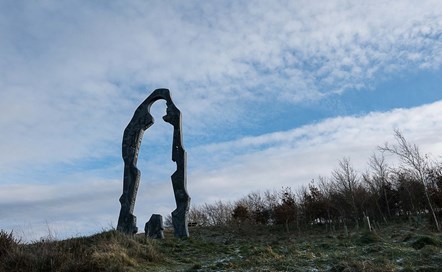 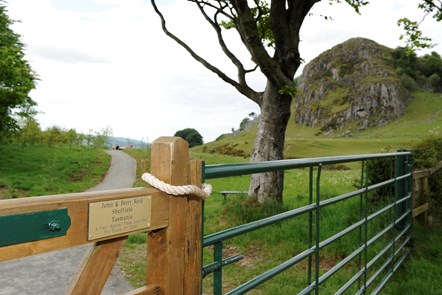