Tackling climate change, by creating a thriving low carbon economy for East Ayrshire and beyond, took a step closer to reality with the visit of Iain Stewart MP, Parliamentary Under Secretary for Scotland, to the site of *CoRE, (Community Renewable Energy) an exciting new project which will lead the way in transforming Cumnock and surrounding areas in years to come.

Funded by  £7.5 million from East Ayrshire Council and £17 million from the UK Government as part of the  £251 million Ayrshire Growth Deal – a 10 year investment programme jointly funded by the Scottish and UK Governments and local authorities – CoRE is an innovative project with 12 workstreams which will build on the area’s natural resources to provide a self sustaining network of low cost energy from renewable sources such as wind, solar, geothermal and hydro.

Two main themes which drive the thinking of the Council in the area are community wealth building and reaching ambitious  Scottish Government, UK100 and UN  targets to make all communities, buildings transport and waste management carbon neutral by 2045.

Working with Strathclyde University, Scottish Power Energy Networks and other local and national bodies, the project, to be built on land donated by the Prince’s Foundation  Dumfries House Trust, at Knockroon, lies adjacent to the recently completed multi-million pound Barony Campus, between Auchinleck and Cumnock.

It will include an International Centre of Excellence - a zero carbon hub providing workshop and office space for multi-disciplinary research into solutions for energy storage, networking and matching supply with demand entirely through local renewable facilities.

The aim is to revolutionise how renewable energy is generated, stored and used by communities- helping to deliver some of Scotland’s first net zero communities by bringing together energy systems research and business knowledge to develop a new infrastructure grid for the supply of power and heat, exploiting the potential of the local area (ex-mining sites) to provide low cost energy to communities.

It will also act as a catalyst for economic growth, attracting and creating highly skilled jobs  and apprenticeships and encouraging business start ups as part of a massive programme of building refurbishment, encouraging tenants, and home  and business owners to make their houses and premises more energy efficient.

And for newbuilds, two demonstrator  houses built along “Passivhaus” and “BREEAM” standards will lead be used for public display and testing of technologies and materials.

Minister Stewart  was welcomed by Council Leader, Douglas Reid, and East Ayrshire Chief Executive, Eddie Fraser, and met with Councillor Claire Leitch, Cabinet Member for Climate Change, who said: “We welcomed Minister Stewart to our CoRE project."It's exciting to see that an area which was once a fossil fuel powerhouse supplying the country, can once again lead the way to empowering and regenerating communities, business, transport and the built environment.

“It’s our ambition that CoRE will now lead the way in empowering our own and other communities to lower their carbon footprints and create a cleaner greener future for all.”

Minister Stewart was shown the site for the CoRE Centre of excellence and watched a presentation outlining the whole project. He also met representatives from local engineering company, Emergency One which is pioneering the world’s first all-electric fire engines. The first of these is due to go into service in London very soon.

Minister Stewart said: “It was fantastic to visit the CoRE site and I look forward to seeing the transformation of Cumnock’s energy network, boosting the local economy through high-quality job creation.

“With COP26 taking place in Glasgow later this year, the eyes of the world will be on the UK to lead by example in tackling climate change.

“This fascinating project, using old mining infrastructure to create a greener future, is a great example of pioneering sustainable work stimulated by the UK Government's £1.5 billion investment in City and Region growth deals right across Scotland."

The whole CoRE project, is being promoted by East Ayrshire as part of their Clean Green East Ayrshire Climate Change Strategy, which both will inform and be embedded in every aspect of every activity of the Council, its working partners and communities.

The Climate Change Strategy was brought about in response to a call in 2019 from the area’s young people as an outcome from their East Ayrshire Youth Climate Change Conference hosted by East Ayrshire Council in conjunction with the Children and Young People’s Cabinet. This resulted in the setting up of a climate change working group with representatives from young people, community groups, officers and members which continues to drive the Council’s zero carbon ambitions, working in partnership with Scottish Government initiatives to meet national, UK and global targets.

*CoRE was initially known under the working title of National Energy Research Demonstrator (NERD).  CoRE is the agreed brand name used by all the partners for the project which will include the International Centre of Excellence and the demonstrator houses and all 12 workstreams 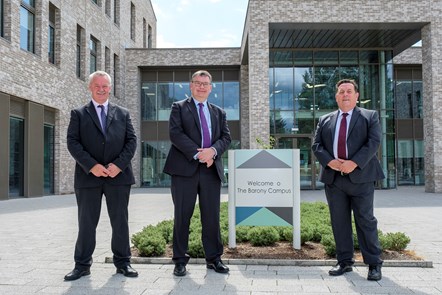 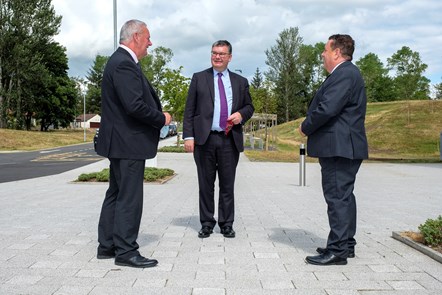 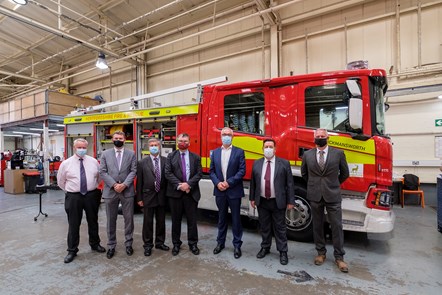 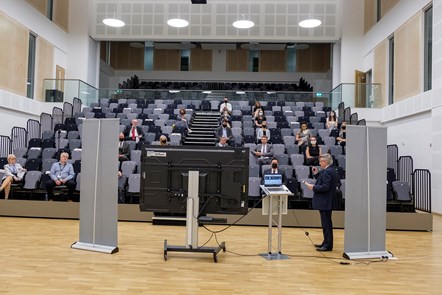 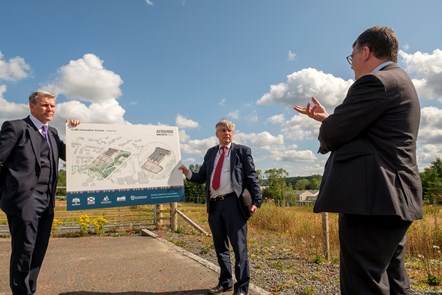