Young drivers put through their paces in safety workshops

Over 100 young people from S6 at The Robert Burns Academy have been put through their paces at a special driver safety event organised by the Ayrshire Roads Alliance Road Safety team.

Taking place over a full school day in three sessions, six fifteen minute workshops were held within the car park at Visions Leisure Centre. The workshops covered a range of topics that influence young drivers.

Road Safety led a dilemmas and decision-making workshop, which really made our young people think about the consequences of their decisions on others. Scottish Ambulance Service took the young people through the basics of CPR and first aid; the Safety Camera Partnership spoke to the young people about the dangers of speeding, while Police Scotland spoke about the dangers of drug and drink driving. Scottish Fire and Rescue spoke to the young people about peer pressure and its effect on making good choices. Each session finished with a useful car maintenance workshop led by James MacDonald, a mechanic from the Alliance, who recently qualified after completing his apprenticeship.

Councillor Jim McMahon, Cabinet Member for Community Safety, Roads and Transport and Community Cohesion said: “When you are a parent, you are so keen to help your children learn to drive. You want them to get some freedom and be ready for the world of work but what a worry it is when they pass. Young people can think they are invincible but they need to be aware of the dangers they can face on the road, to themselves and others.

“I would like to thank the Ayrshire Roads Alliance Road Safety team for organising this brilliant event and to all of our partners who took the time to spend the day with our young people. Our partners have seen first-hand the devastation that can be caused by speeding and careless drivers, it is so important to teach our young people to drive with care and attention.” 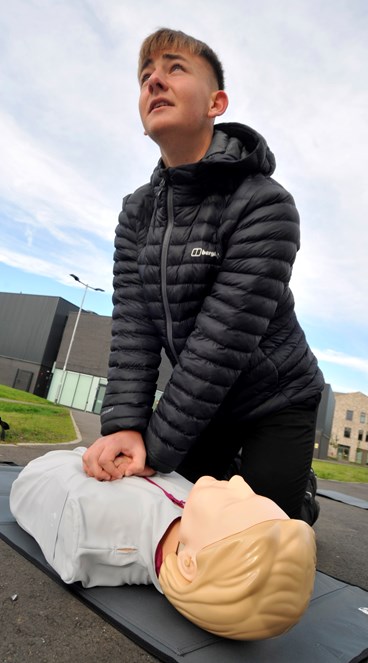 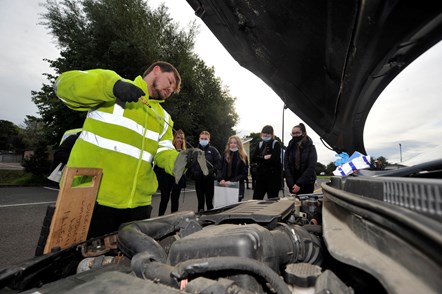